The greatest changes brought by Agility in the financial world

Over the past fifteen years or so, Agility has proven itself and has been adopted by the biggest businesses working in various fields. The Agile Know-How team sat down with Guillaume Bertin of Morgan Stanley and Christian Dubé of PSP Investments to discuss their experiences with Agility in the world of finance.

Guillaume Bertin
An Agile workplace is first an open space that favours exchanges. Among the visual elements, there is a multiplication of whiteboards and meeting spaces. The Agile transformation is not limited to technologies; this type of environment will have to spread to the whole organization. The proximity of technical teams with business units boosts the relationship and thus encourages the entrepreneurial dynamic.

Christian Dubé
We first eliminated closed offices; the directors’ offices became work spaces for the team. So, the directors find themselves in the open space with the team, which makes it easier for them to take the pulse. We also removed the walls, which enabled us to regroup all the teams. Finally, we modified the whole floor; teams are grouped on islets in the open space. It greatly increases communication within the team, but also in the whole department. The workspace has been optimized, which increases information fluidity and allows for a greater sense of belonging. We find the same concepts as part of the redesign of PSP’s most recent premises.

GB: Agility increases accountability and reinforces the sense of belonging. An Agile team operates like a participative democracy. I see the Agile transformation as a form of democratization of the business. The will to engage in communities equals to becoming a citizen of something a little bit bigger. The circles that are emerging contribute to revitalizing the organization.

CD: For employees, one of the apprehensions we observed was a fear of the unknown. People were used to working in a more traditional and hierarchical mode and to be guided. It can appear easy to change this mentality by saying that the teams will self-organize, but it does not come overnight. We need to help them grow that way.

Accountability being greater, it can scare people regarding decision-making. When something does not work, it becomes their responsibility, because it is not someone else who made the choice. Today, people are happy to be able to choose and be accountable. It gives them a greater sense of belonging and they feel more involved. Now that they know this manner of doing things and they have taken their place, they would not go back.

The change in leadership style

GB: An Agile manager will wear three new hats. First, that of the Capacity Builder: operationally, to favour the Agile dynamic, the manager needs to let the team make their own decisions (making mistakes and learning from them is part of the deal).

He defines the contours of the team and helps to clarify roles. Hiring a Scrum Master is not enough to create an Agile dynamic. The manager needs to free up space by redistributing roles and by always reaffirming the team’s responsibility.

The second hat is that of the Servant Leader: it is fundamental to be at the service of his teams. The manager needs to be invested to eliminate obstacles or seek additional means. In a multinational company, requests are numerous and clearing the time needed is a challenge in itself.

Finally, he needs to act as an “intrapreneur”: he needs to invent and project a “meta-vision”. The “meta-objectives” will overlap those of the team. They will contribute to creating inter-team emulation and reinforcing the link with the rest of the organization. This vision will be the expression of his leadership; it needs to be original and authentic.

CD: For the manager, it is about accepting that you are no longer there to lead, but rather to accompany. I see my work more like someone who states the main guidelines, specifies where we need to go, establishes parameters and makes sure to remove barriers in order for the team to get there. Daily, I take a lot less care of details, but I try to take the pulse by being there with the team.

The fear of becoming obsolete is very present in the beginning; we wonder what is our purpose. The more it takes shape and starts working, the more our role changes and the more we need to accept we are not the decision centre for everything. The teams become more mature. They become more responsible and autonomous, I don’t have to be everywhere. They can speak in my name, which makes us even more efficient.

With time, confidence builds up with the group. For that, you need to allow it to be wrong. Some things will work well, others will not. Sometimes we will make bad decisions, we need space for mistakes and time to create it and to trust people. Otherwise, people will be afraid to commit themselves and make decisions.

GB: In an Agile world, you no longer speak of programmers, but of analysts developers. All the team members learn the user’s language. The programmers need to get out of their comfort zone and to promote their code through demos. Agility requires developing social skills, and it clearly focuses on communication and on the functional dimension.

In Montréal, the market strongly favours technical expertise. But with Agility, we look for people who are more and more versatile and flexible. I have to admit that in that sense, we are going against the current market. To like Agility in the financial world, you need to like the financial playground. In the end, you will develop a financial expertise that will not have less value. From my point of view, adaptability and versatility are ultimately two essential qualities to feel free in a world in movement.

CD: One of the elements for which we do not yet have a complete answer is people’s evolution. We work to have self-managed multidisciplinary teams, so success depends on the team. But we see that individual recognition is important and that we need to find a way to bring it back. Even if they are part of a team, individuals need to know they make a difference for their personal growth.

Another element is how we can manage the career evolution of a person working in an Agile team where we are trying to eliminate titles and job descriptions. These are issues we are starting to work with to see what we can do for the employee’s progress. Previously, it was mainly about job descriptions. With the Human Resources group, we try to eliminate that to have profiles by skill. We also need to consider other departments during this evolution because it cannot be done unilaterally. We need to get to other people; there is a lot of “evangelization” to be done and we need to work with the people to get job profiles based on skills.

For example, a job could be defined by skill sets: technical, business, communicational and collaborative. According to the maturity of the skills, it would correspond to a level of the job. Subsequently, the employee could clearly know what is necessary to get to the next level. People wish to acquire baggage to ensure their employability. 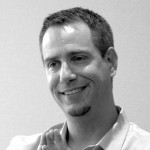 Guillaume Bertin is Executive Director at Morgan Stanley. He is an expert of software development. He has varied experience as developer, analyst, designer, and project manager, and has been part of different organizational cultures. In recent years, he has been leading development teams in the financial world.

As a manager, he tries to create team dynamics that allows him to step back and put collective intelligence forward. He likes to see his teams fulfill expectations and fulfill themselves. Aware of the tardiness and potential in his field, he has become an Agile transformation agent in Montréal. He is happy to share his personal experience with us. 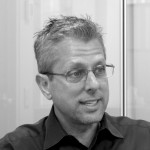 Christian Dubé is First Director at PSP Investments and has been working in software engineering since 1992. With a degree in management computing, he spent the first ten years of his career with several research and development firms, designing and developing distributed applications. In the early 2000s, he worked in business architecture for Quebec’s health network.

Since his arrival at PSP Investments in 2005, he achieved many things including the creation of a new group responsible for shared services (development, integration, business intelligence, support and collaboration) who has been working in an Agile mode (Scrum and Kanban) from the onset. Today, he focuses on creating and operating self-managed teams that flourish and deliver value.

Why the rush? Interview with Steffan Surdek, co-creative leadership consultant

Agility in finance—The advice of an Agile coach

Very well said. And i agree on all the points which is the reality,. Thank you for this article.