Scrum turns 21 and it is not done yet 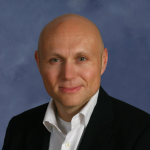 Dave West is the Product Owner at Scrum.org. He is a frequent keynote speaker and is a widely published author of articles, along with his acclaimed book: Head First Object-Oriented Analysis and Design. He led the development of the Rational Unified Process (RUP) and then worked with Ivar Jacobson running the North American business for Ivar Jacobson International. He managed the software delivery practice at Forrester Research where he was vice-president and research director. Prior to joining Scrum.org, he was chief product officer at Tasktop, where he was responsible for product management, engineering, and architecture.

October 18, 1995, Ken Schwaber presented at the Object-Oriented Programming, Systems, Languages & Applications (OOPSLA)1 conference an approach to delivering software called Scrum. That paper laid the foundation for a movement that has fundamentally changed how software is delivered around the world. If you assume there are 18 million2 people involved in software delivery, and that 90% of those teams3 are doing some form of Agile, with Scrum accounting for 70%4 of those that means over 11 million people are doing Scrum, at least in some part. Even ifyou consider those numbers too aggressive, Scrum has become the de-facto standard way that teams are organized and delivering software. Can we tick off Scrum as a success?

For many the promise of Scrum has not been realized

If you ask Ken Schwaber the co-creator of Scrum you will get an interesting perspective. “Scrum has been more successful than I could have ever imagined, but I am still disappointed with most Scrum implementations.’’

This disconnect between the success of adoption with how it is being adopted was described in my keynote jointly presented with Ken at Scrum Day London5. In this keynote we described issues with Scrum implementations:

Looking at these 4 challenges over the next 20 years, the community needs to focus on improved adoption through measurement, help organizations get to Done faster, look to scale Scrum without falling back into waterfall and improve consistent knowledge of what Scrum is.

Measurement needs to focus on value, not velocity

Burn-down charts and velocity are great tools for driving improved work rate and better estimation and planning, but do not provide the right focus for product success and business adoption. Evidence Based Management (EBM) is a set of ideas developed by Ken Schwaber that encourages organizations to focus on delivering ‘value’. EBM concentrates on three dimensions, current value, time to market and ability to innovate. By considering value, not only does this change the relationship between the Scrum Teams, their Product Owner and stakeholders, but also encourages a change to backlog items, prioritization, reporting and even Sprint Reviews.

For the last 21 years the phrase ‘‘potentially shippable’’ has allowed practitioners to decide what potentially means to them. The original meaning of the word was to allow the Product Owner to decide if the software should be shipped, not to put flexibility into the definition of done and allowing un-shippable software to be part of the increment. Add to the confusion about the increment and the Sprint Review being mistaken for a phase gate7 and software is not being shipped from a Scrum Team in a regular fashion.

Continuous Delivery and DevOps are both movements that are encouraging teams to integrate release and operations capabilities into Scrum Teams and deliver software more frequently. These movements are not different to Scrum, but their associated practices need to be married into how you implement Scrum, surrounding the core Empirical process of Scrum with modern engineering practices.

There are two dimensions to scaling Agility. Breadth, adding more Agile teams and Depth, adding upstream and downstream groups to your Agile initiative. Scrum has been successful in changing the way teams operate, bringing Agile to teams, and has done it in an incremental manner. The next logical step to scaling is to take that success and support to teams of teams delivering a product. Nexus8, an exoskeleton to Scrum, provides additions to the Scrum framework that enable multiple Scrum teams to work effectively together.

There will always be a tension between building the right process for you and your team with putting in place consistent and standard approaches to delivering software across the whole enterprise. Scrum encourages teams to optimize locally, but that does not mean teams need to use inconsistent terminology and approaches just for the sake of being different. The Scrum community provides a clear definition of what Scrum is in The Scrum Guide9. This body of knowledge should be used as the foundation for teams using Scrum and should remove any ambiguity of what is or isn’t Scrum. The Scrum Guide also includes the 5 Scrum Values of Focus, Commitment, Openness, Respect and Courage. These values re-enforce the social system that supports Scrum and should be front and center to any team using it.

The popularity of Scrum has also led many people to questioning its validity for modern projects. After all, modern implies a different approach to delivering software—right? But at the heart of Scrum is the idea that process needs to be empirical. This empirical process is applied by inspection and adaption through transparency. These concepts sit above technology or practice and form the basis for professional software delivery. 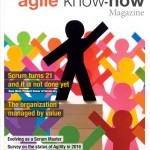 This article was published in the first edition of Agile Know-How. Download the magazine to read all the articles.

How To Make Your Leadership More Powerful With Loop Learning