Once upon a time, Sara, a #LetUsBe team stakeholder and Bob the members manager, went to participate to the #LetUsBe Agile-Scrum team’s sprint review ceremony.

Shana, the #ScrumMaster of the #LetUsBe team, started the ceremony by providing participants with some guidance about the meeting:

It is a great time to collaborate toward delivering what clients need to solve their problems. Everything went as expected, the Dev Team “demoed” what needed a demo, everyone provided their feedback (both ways) and it seemed to be one of the best sprints that the #LetUsBe team had had so far in terms of delivered value.

Shana then asked the following question:

Before we close the sprint review, is there any other comment or feedback that you want to share with the team?

That was the cue that Sara was waiting for to jump in, and show her colors to the team.

#1. She felt disappointed about the team’s overall progression towards following some tools/artifacts prescribed by the Scrum framework, like the sprint burndown (Agile Value = People and interactions over process and tools).

#2. She said she lacked visibility about “her things” within the sprint (In Scrum, it is up to the Product Owner to manage the stakeholders’ expectations).

#3. She seemed worried about the team’s capacity. She felt that the team could be under delivering. She challenged the fact that the team was at its full capacity (man-hours) during the sprint, again based on the sprint burndown (Slack time is crucial for people and teams to be able to deliver quality, to learn, to inspect and to adapt).

#4. She challenged Bob’s performances as her direct subordinate, and as an individual, forgetting that Bob was part of the #LetUsBe team (Agile principle #5 = “Build projects around motivated individuals. Give them the environment and support they need, and trust them to get the job done”).

All four points might be valid within the given context, but here are some elements that made Sara’s feedback difficult to digest for the #LetUsBe team:

She used a tone of voice conveying complete disappointment and continuous discouragement. She avoided pointing out some of the team’s improvements like the fact that they delivered 96% of their sprint’s content, also forgetting to encourage and motivate her people to keep them continuously improving.

Sara’s multiple hats confused the team during her sprint review interventions. Sometimes, she was acting like the team’s stakeholder, some times as their manager, sometimes as if she was their Scrum Master.

Trans-forming thought of the week

What would you do if you were the #LetUsBe team Scrum Master in order to help them learn about what happened with Sara’s intervention?

What would be possible if Sara had a relationship of trust with the #LetUsBe team?

As Scrum Masters, how could we help Sara use feedback as a tool to influence people change based on positive and constructive comments?

How could we build relationships based on trust with the Saras around the world, so we can then work together to help teams continuously improve?

Well, I wish you enjoyed my story but I am also curious to know more about yours. What is your take on it?

Is there really someone to blame? 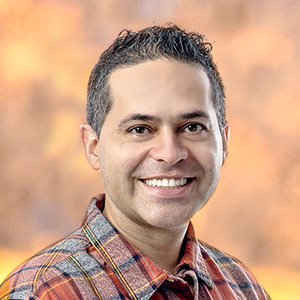 I am Jesus Mendez and I help people collaborate with heart. I consider myself as an inspiring learner who nurtures from people's interactions and is extremely passionate about helping leaders survive and thrive. I offer you tools and techniques to help you inspire those around you by sharing what I've tried and experienced. I wish we can connect and make a better world, one conversation at a time!

The importance of the Definition of Done