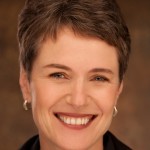 Diane Musho Hamilton is a gifted mediator, facilitator, teacher of Zen and author. She is an innovator in dialogues about culture, religion, race and gender relations. She is a core member of the Integral Institute and has been deepening individual and collective self-awareness for more than a decade. She is the Co-Founder of Integral Facilitator and author of “Everything is Workable: A Zen Approach to Conflict Resolution”.

I first became interested in adult development as a mediator, when I was hosting conversations about the criminal justice system and its relationship to people of colour in the US. Our dialogues were addressing what are usually challenging and complex topics—issues such as white privilege, race, and justice. It was in the midst of this experience that I began to notice a wide range of people’s abilities to talk about differences, and to relate with
differences.

For instance, I noticed some people who simply couldn’t see a problem, and others who were on fire about the possibility of change. Some participants were dutiful and judicial in their roles, perhaps doing their best, but not really taking any risks, while there were others who were angry and dominating.

Then I noticed there were a few amazing people who seemed able to be all of those things. They could be fine with how things were, but could also be challenging and angry, they could also be resourceful, and they could hold
aspirations.

It was soon afterwards that I encountered the work of Ken Wilber, which identifies a lot of research around adult human development. In particular, Ken’s work emphasizes one hallmark of development, which is the ability to take on more and more perspectives. He described why most endeavours—whether it’s mediation, communication, business, medicine, or education—need to look more seriously at how humans develop.

Development, or the motivation to keep growing, seems to be in our “hard drive,” if you will. Over the course of our lives we move towards more perspectives and complexity. A baby learns to walk and talk; a child developing into adolescence starts to see the world in different ways. Evolution in the natural world is always developing from simpler structures into more and more complex structures. As humans, our development expands our ability to care, to receive, to empathize and to perform. We increase in capacity, develop more compassion, and we can include and make space for more and more differences without needing to fix reality from one perspective.

As I started to appreciate these distinctions, I could see that people’s capacity to show up and succeed in collaborative environments depended on their developmental capacities. Up until then, I’d assumed they were either agreeable or not agreeable, or willing or not willing. But with a developmental view, I really started to see that some people literally don’t yet have the capacity to hold multiple perspectives, just in the same way that toddlers can’t run.

In a sense, our points of view are our anchors to reality. If I say A is true and you say B is true, presencing B in my mind suddenly creates shakiness in my relationship to reality. That uncertainty is embodied—there’s an anxiety, a ground-lessness, and lack of security. So we tend to grasp onto one single perspective, and the world seems more solid. This tension arises anytime we have a conflict, or are trying to bring a group of people together around a vision or an idea of how we should move forward.

At some point though, we might become more interested in the differences. We discover how another point of view helps us see the world through a bigger lens, even if it feels unsteady. Then we start developing a taste for experiencing those differences. The more we get used to that feeling, the more information we’re able to take in. Pretty soon, our worldview includes more than it did before. You may give up the feeling of solidity in the process, but you’ve developed a freedom and openness that’s incredibly satisfying. You can tolerate the groundlessness, because the sensation of expansion is so satisfying.

I’ve heard that we often reach a plateau in our learning until something difficult comes along, such as an illness, loss, or divorce. While painful, these intense experiences force us out of the status quo, and there’s new energy in that, new growth. It may feel shaky, but it becomes more interesting. The same is true in our everyday lives and in our workplaces. As we develop our ability to communicate with those who see things differently, and to engage differences rather than avoid them, things become more interesting. Our workplace is a more creative, exciting place to be. And research continues to show that organizations with higher diversity are leaders in innovation.

In my trainings, I do an exercise where I ask people to think about a time when their perspective shifted—where they saw the world one way until something happened, and then afterwards it was different. Inevitably, when people locate a perspective shift, they appreciate it. They feel that something has changed in a positive way, even if it was painful at the time.

So how do these relational skills enhance the workplace? An excellent example is a recent study conducted at Google1 on the qualities of high-functioning teams. They discovered that in these environments, psychological safety is abundant, meaning that everyone is still respected and seen even if they make mistakes or take risks. People are for each other. Conflict is viewed as a generative opportunity—it comes up, gets sorted out, and everyone moves on. They don’t get bogged down in long-term power struggles. There are no unspoken fights, turf battles or politics that drain the pleasure out of being together. Instead, there’s an ease, efficiency, creativity, and even joy. Working in these kinds of environments is very pleasurable, and that leads to much higher capability and creativity.

And another perspective on the value of communication and relationship comes from the long-term Harvard Grant Study2 that looked at well-being and happiness in male graduates of Harvard. They found that happiness in these individuals corresponded to the longevity and depth of relationships as the men got older. People with the capacity to include emotional states, to process pain, and to share in the emotional dimension of life, tended to report being happier. The older we get, the more these deeper values around relationship and contact become important. So it’s really evident that having these skills makes a big difference in the long haul—both for our ability to perform and collaborate with others, and for our long-term well-being.

The work that I do in training and development fundamentally implies that people can grow and change, and I believe that we’re all capable of more if it matters to us. When there’s an ability to expand our view of truth through hearing more points of view, there’s a pleasure to it. The more we develop, the more we will be able to really roll with more perspectives and help create truth in a room. And when we can help others tolerate difference and develop skills for including more perspectives, we’re supporting the whole system to change. These skills in relating not only help us to grow, but have much wider impact on others than we might imagine.

Measuring success – How do you verify the success of your projects? 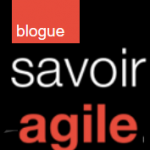