To begin with, let me specify that the Japanese word Kanban means signboard or billboard. By extension, it is a management method developed by Taiichi Ohno in Toyota factories during the ’50s and ’60s. It is based on certain basic principles:

Kanban is a “just-in-time” approach that makes the production or supply of a component conditional to its consumption. A signal is sent to produce or deliver a new shipment based on material consumption. These signals are monitored throughout the replenishment cycle and provide great visibility to suppliers and buyers.

In addition to continuously providing a visual representation of the workflow (“to do”, “in progress”, “done”), Kanban consists notably in limiting upstream production according to the specific needs of the assembly line downstream. The method aims at limiting the WIP, but it does not imply elimination of the mid-term and long-term planning and forecasting; rather, it is a short-term approach to production management.

On Kanban boards, cards are being used describing specific work items and indicating who is responsible for them, what the deadline is as well as their present state of completion. This allows teams to better anticipate future challenges and obstacles, improve traceability, and reduce dependencies

In a Kanban approach, there is no fixed duration for iterations. The focus is on cycle time, which is the time it takes for an item to go from “To do” to “Done”. Kanban values resources possessing varied skills. When team members have multiple skill sets, they can contribute to an item in many different ways. For example, a developer can also work on testing, which will reduce dependencies and ultimately cycle time.

Kanban and Scrum approaches both focus on the rapid and frequent delivery of software and require the involvement of highly collaborative and self-managed teams. However, there are differences between them. While Scrum establishes specific roles like those of Scrum Master and Product Owner, Kanban does not necessarily put forward predefined roles.

This does not mean that the resources involved do not have specific responsibilities. For example, the Product Owner, or its equivalent, is in charge of prioritizing the most important tasks or work items since they are in touch with the stakeholders who hold the fundamental information about the product and the market for which it is intended. However, they need to collaborate with all the contributors who can be part of decision-making.

Kanban seeks to establish continuous delivery during which the work is “pulled” in the cycle, one item at a time; whereas Scrum works in time boxed sprints, pulling items in batches from the backlog. With Kanban, changes can be made at any time, while with Scrum, it should normally wait until the next sprint. That is what generally makes Kanban more appropriate in environments involving a high variation of priorities and Scrum more recommended when work can be prioritized in batches that can be completed within the allotted time.

It is interesting to note that Kanban managers are more system or workflow managers than people or team managers. The organization’s type, its culture, and the team dynamics generally help establish which approach is best suited.

The benefits of Kanban

The main advantages associated with Kanban are shorter cycles allowing quicker delivery of features and better reactivity to changes. As mentioned before, Kanban is therefore an ideal approach when priorities are subject to change.

Another notable benefit is its great simplicity and versatility that allows it to be used in different contexts and with different teams and specialties. Finally, since the focus is on continuous improvement, reactivity, and quality, it allows the delivery of better products requiring less rework.

To learn more about Kanban and its applications as part of your activity, register to one of our courses: Team Kanban Practitioner or Kanban System Design.

Five easy ways to effectively collaborate with your team 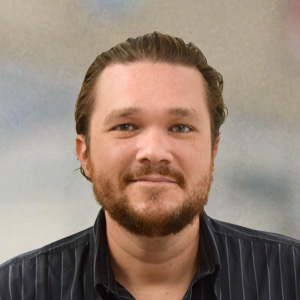 Gabriel holds a bachelor degree in anthropology and a certificate in journalism. He is interested in the human phenomenon in general as well as in communications. His rigour and strong writing skills contribute every day to making him a partner of choice for content creation. Having worked in various contexts, both within a large agency and on the client’s side, he has had the chance to familiarize with many facets of communication campaigns' development and dissemination. He joined the Pyxis team in 2015.

A Scrum team needs one (and only one) Product Owner

Yes, thank you for pointing it out. We revised the post.