The Everyday Agilist asks “Can Agile help us cope with increases to the minimum wage?”

Employers in Ontario spent much of 2017 watching and waiting to see what would happen with proposed legislated increases to the minimum wage. The question is no longer if the rate will rise from its current rate of $11.40 to $15.00 per hour. That decision having been made, the appropriate question now is: when exactly?

Well, the New Year has begun and with it came the much heralded increase to the provincial minimum wage. I am sure this new reality has come with more of a whimper than a bang since the last several months of 2017 did have some casualties. Indeed, my own husband first had his benefits package reduced in the late summer and several weeks later, he had his entire job reduced from the corporate books as he was laid off.

Although no explanation was given for the reduction in benefits, in his termination discussion, Bill 148 (the bill changing the minimum wage) was quoted as a factor. His performance evaluations had been nothing but stellar and his attendance record impeccable. Having been hired corporately and deployed locally, he was considered to be overpaid.

Given that his employer had a plethora of employees working at or near minimum wage and whose cost of employment would increase without any change to productivity or job performance, it was actually a brilliant move in terms of “cost-side” economics.

The company had reduced costs by removing a single employee to cover the cost of increasing the wages of the many. Mr. Spock would be profoundly impressed! After all, it was him who noted in The Wrath of Khan (1982): “Logic clearly dictates that the needs of the many outweigh the needs of the few.”

But is it really the most logical approach to the issue? When I first learned of Bill 148, I began asking: “How will your company cope with Bill 148?” in somewhat of a straw poll manner, and I have for the most part consistently received the following answers:

Most, of these answers are rooted in cost-side economics… and ironically, these are the same options that faced inflationary post-war Japan. So maybe there is a learning for us in the way Toyota handled a similar scenario. Rather than trying to merely find cost reductions, they chose to focus on driving efficiencies; eliminating waste; focusing on customer needs and increasing engagement among employees.

Fifteen years ago, I began my journey in the world of Continuous Improvement and, as those of you who read my blog posts will know, values are core to my methodology. I particular value the health and happiness of the teams I work with. I am certain these values also drive the people who are facing the layoff of staff that they work with day in and day out. And no matter if you run manufacturing plants, retail outlets, service industries or restaurants, cutting staff and benefits is heart wrenching.

But the good news is that Lean and Agile methodologies help us by providing a solution to layoffs and cost cutting measures! What if we could find extra revenue by focusing on our value proposition and eliminating waste? The good news is we can!

Pyxis has recently developed a training to do just that. The Agile for Operations course will provide a firm foundation in the principles that made Toyota a world leader in efficiency and employee value.

You would like to learn more? Consult the following link:

The Importance of Requirements Management

How I ”Scrumed” Her Pregnancy 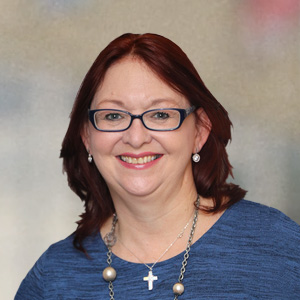 I believe that in order to be successful in the 21st century, one must not just manage and cope with change, one must aspire to be transformational. But how does one learn to “think outside of the box”? As a lifelong learner, I want to be a part of your transformation journey. My experience as a corporate change management and process specialist has allowed me to develop my Lean, Agile and Six Sigma skills into a varied toolbox to simplify change management and development. My training as a life coach and mental health facilitator provides a collaborative human touch to add heart and happiness to the experience. After all, Lean is really about finding the shortest distance between two points by leveraging the power of your people. I look forward to providing your team with the training and consulting services that will simplify and demystify your transformation journey.

The importance of the Definition of Done