My calendar just beeped. The meeting will begin in 10 minutes, and I can feel the stress increase inside of me. I know what the meeting is about and I only have one desire: find an excuse not to go. I wish there will be a miracle and that I’ll be notified at the last minute that the meeting has been cancelled. However, nothing happens. So, I walk towards the meeting room; this place that I perceive as a wrestling ring from which I don’t know how to get out!

Timeout! Does it seem familiar? Does it feel like déjà vu?

I believe that it is the case for many people, including myself. I sometimes feel as if I were going to jail, which is unpleasant, even harmful. Why is the feeling of vulnerability and powerlessness triggering protection reflexes? Why is it that I do not have the control over myself? I should be able to face this situation like a grown-up! In my opinion, we are not sufficiently trained and tooled—physically and mentally—to handle these situations. A difficult or stressful conversation can trigger the same feelings and emotions as a physical attack. Our limbic system cannot make a difference between the two. Therefore, a verbal attack can trigger our defence mechanisms.

Verbal attacks trigger the same reflexes as physical attacks. After being punched, I would tend to freeze, run away, or charge. If in a conversation, here is what could happen for each mechanism:

Everything comes to a halt. I’m unable to speak or move. I hear what is going on around me, but it is as though my brain stopped working. No answers come to my mind. Finally, I’m subjected to the conversation, and my participation is minimal. At the end of the meeting, I need time to integrate what has happened. Afterwards, once the level of stress has gone down, I’m able to think. It is now that all the “I should have said…” come to my mind.

I’m simply not there. I do everything for the meeting to be postponed or I’m mentally absent. I escape from the discussion and I think about anything except what is currently going on. I feel that things are happening, but I remain absent; my level of participation is close to zero. Once the pressure has dropped, a few images come to my mind and, more importantly, I feel like it is going to happen again.

In this case, it’s just the opposite. I retort and stand up for myself. It’s my turn to attack. I justify myself, and I try to win the battle. Because I really feel like being in a fight. My reaction level is generally limited to my capacity to protect myself. After the meeting, I sometimes feel like I’ve done too much or misinterpreted what triggered my reaction.

How not to be a slave of our defence mechanisms?

Aikido is a Japanese martial art based on defence and dodging. The goal is not to resist attacks, but to welcome them in order to control and lead them through movements. It is an art comprising movement, calm, and self-control.

I’ve been practising Aikido for 17 years. When the punch is actually coming, I try not to fall into the trap of the three defence types. I rather try to welcome the attack and join the dance. It is exactly the same with verbal aikido. One must join the dance of conversation.

How is it going concretely?

Example: “Dave, the document you wrote is simply incomprehensible!”

I take a pause … both mentally and physically. The goal is not to succumb to the temptation, which, in this case, would be to justify my actions by retorting.

Verbal aikido encourages us to smile. Inside and out! This is the first stage. I do not want to fall into the trap of my reflexes. I want to act the same way as when a punch is coming my way and join the dance. In aikido, it’s dodging. I move slightly. I let the punch pass close by and then I enter the next stage, which is to unbalance my partner. Instead of replying to the hit with a hit, I consider the position of the attacker. I want to validate their point of view and, most importantly, bring the discussion to a level where we both participate in the conversation instead of enduring it. It could sound something like:

I unbalanced my interlocutor, and we are now talking about the same thing rather than debating our own point of view and arguing about who’s right. The unbalance comprises humility, which combines well with smiles and which fulfills the desire to restore harmony within the conversation. The goal of verbal aikido is not to corner and floor the opponent. It is to avoid the attack, to unbalance the negative burden that goes with it, and then to rebalance the conversation in order to be better aligned. This way, both parties feel worthy and respected. Therefore, when comes the time to apply a technique for ending what initially felt like a confrontation, here is what I’d say: “How can I improve my document?”

As for any form of art, verbal aikido requires practice. As for any beginner, it is important to take one step at a time, one conversation at a time. The simple act of practising the art of taking a micro-pause and of greeting the conversation with a smile is a great step to take, and to be successful one needs practice. The book on verbal aikido is a good starting point to understand its essence and to put it into practice. It is all in the intention of the moment. If your intention is to fully participate in conversations, they will no longer be difficult, they will only be what they are, i.e. conversations.

How to be a voice among many in a conversation

The tools of Management 3.0 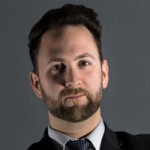 Dave is sure that Agility can help people improve their work as well as themselves. He is committed to the satisfaction of his clients and he always has the desire to add value. He pays particular attention both to the know-how and life skills. Furthermore, he contributes to the development of these two facets.