The Agile startup and the venture capital—Part 4 of 4: In the end…

A tale of startups, VCs, their colliding intentions and a disillusioned Agile coach

Ben and I gathered in the office the next morning. We decided it was time for a business retrospective. We hadn’t had one of these in quite a while and now was as good a time as any. Our baffled state of the previous day was still very present, but we were also quite curious. Curious about what we had missed and why that had been so. We knew “assumptions” were part of the issue and also that there was a sense of “opportunity” still lingering about. We wanted a simple analysis tool; so, we decided to use a modified SWOT (strengths, weaknesses, opportunities, threats) chart and we relabelled the quadrants as follows: 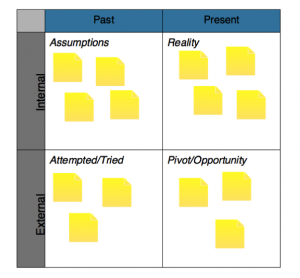 In the “Attempted/Tried” quadrant, we entered everything that we had attempted or tried and linked these elements to the assumptions they were based on. The “Pivot/Opportunity” quadrant contained any possible opportunity or pivotal point we could come up with based on the “Reality” quadrant entries.The “Assumptions” quadrant contained everything we had assumed about the VCs, startups, intentions and cultures. In the “Reality” quadrant, we entered everything we factually knew about these subjects (i.e., VCs, startups, intentions and cultures). We also made sure these facts could be verified.

Here is a résumé of our findings:
First, we had made several assumptions about VCs and their intentions.

Assumption #1—VCs are totally invested in the product’s success.

In reality it’s a little more complicated than that. VCs are definitely interested in the product from the get-go, when they first invest in a startup, but their intentions may not be the same as the startup’s. The vast majority of VCs is greatly interested in the marketability of a product whereas a startup’s intention may be something completely different, like helping people find the closest eco-friendly clothing store, for example.

Assumption #2—VCs are vested in the startup’s continuous improvement.

We found that VCs do look into the quality of the people and their knowledge when getting involved with a startup, but they will not necessarily be interested in investing in the startup’s continuous improvement plan. VCs will dedicate most of their funding to creating and increasing traction, by several means, but mostly marketing.

Assumption #3—VCs select startups for the people behind the project.

Most VCs perform due diligence, which means they look to see what is really under the hood. If they find something that raises a red flag, they either mitigate the risk or they don’t choose the startup. Rarely do they consider who is running the startup. If they like the product, but have issues with the staff, they often won’t hesitate to take on the startup and then change the team.

These may seem like hard assessments, but Ben and I have come to a consensus that the VCs are simply doing what has been asked of them by their investors, which is to make money. Their purpose: profits. It has always been this way since the appearance of the very first venture capitalist.

What we wanted to attempt was to offer an Agile software development framework to the VCs. The main reason why this failed is that we assumed the VC had the same posture as the Product Owner (PO) in an Agile framework. But that just isn’t the case; therefore, we have to admit that an Agile mindset and approach do not necessarily serve the VC’s purpose, which is, as mentioned previously, to make money.

However, Agile software development does serve the startups’ purpose (at least those producing software), and we have seen a couple of startups make good use of Agile methods. The reality of these startups is that they often don’t have any money and the little they have is spent on hardware, design, marketing and salaries.

Ben and I, being two desperately stubborn blokes, are still strongly compelled to help startups with our program. We believe that startups are the ideal candidates for Agile software development. Many of them have great ideas and products, and it is our intention to make their projects come to life as efficiently as possible, with all the values and the mindset that Agile methods and principles bring along.

The problem is that there are many hurdles to overcome in order to integrate or program into incubators, let alone VCs.

The solution: If we can’t go to the startups, then we’ll bring the startups to us. And so, along with the owner of our new co-working space, we begin our adventure as an official Integral Agile Incubator!

Preparing for the future today—how do we help our children build it? 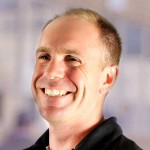 Marc-André is an Agile coach at Epicoaching, member of Pyxis network. He helps build self-organizing teams who evolve in a stimulating and relational environment. Contact him to find out how he can contribute to the success of your teams.