On the weekend of September 10, 2016, a group of 70 Agile enthusiasts met in Cornwall, Ontario, for the second edition of Play4Agile North America.

For 46 hours, during which sleep was in large part replaced by gaming, these enthusiasts explored how games can help the change brought by adopting Agile values.

Play4Agile is in its sixth year in Europe and its second year in North America. The overall goal is to make use of the open space format to share experiences, games, and techniques that help the work of Agile Lean coaches.

The weekend started with a great three-hour workshop on graphic facilitation with Patricia Kambitsch. We practised the art of making words and ideas become more alive using imagery and highlights.

At our table, we used some of the techniques learned to express what playing brings to a team. The day was completed with the official opening of the activities and a string of lightning talks.

The feeling was universal. There were coaches from all over North America with a rich variety of backgrounds, each with their unique perspective on Agility.

On the next day, the main marketplace was built. Throughout the unconference time, there was always 3 to 5 activities or games going on. If you needed a break, there were interesting conversations all over the place.

On the Saturday night, we followed the rabbit down the “Why do we need to supply estimated end dates?” hole. For an hour, we reviewed the illusions those dates create, argued the pros and cons of #noestimates, and discussed the dependencies of having a fixed scope.

Over the weekend, we played classics such as Legos, the Ball Point and the Chair games, while trying new ones, such as a Product Owner Value Game, the Power of 13 to simulate mob programming and Pair Poetry to simulate pair programming. Additional sessions were focused on creating games for specific topics.

A big thank you to all the organizers for this great event with a special thanks to Jeff Kosciejew for his energy and his magical skills.

You can see comments and photos through the hashtag #p4ana.

See you all next year!

The software development ecosystem: the trends for 2017 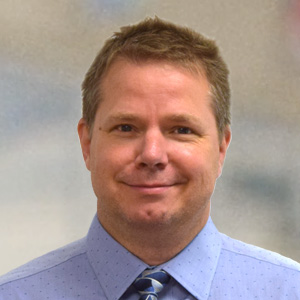 Luc is a certified Scrum professional (CSP) and an Agile coach. He began his journey in information technology more than 20 years ago, well before adopting the Agile values (2007). He is dedicated to helping teams and managers to better collaborate and deliver to the user a product of higher quality.
Luc believes in personal development within the team and development of the team within the organization. He longs to believe in the development of the organization within our society.